A great crowd descended on Roscommon Mart on Saturday November 11th for the Society’s annual Premier Sale. From early morning there was a buzz with strong interest in the show which started just before 10a.m. Kieran Flatley gave a commentary on the animals as they paraded around the ring. The Judge David Alexander from Ballymena, owner of the Craigfaddock Beef Shorthorn herd tapped out his prize winners in each class with Caramba  Ultra Kern K188 a Bushypark Ultra son bred by Tom Staunton taking the Male Championship and Bethlehem Hurricane a Bethlehem Breeze son bred by Tom Fox taking the Reserve Male Champion. 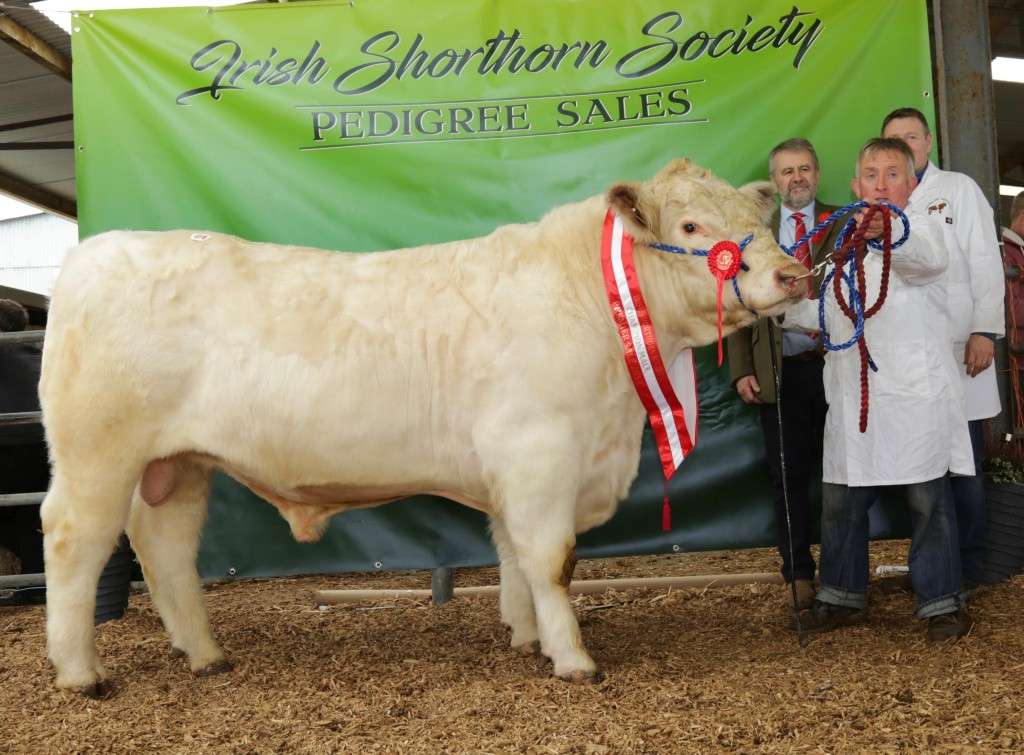 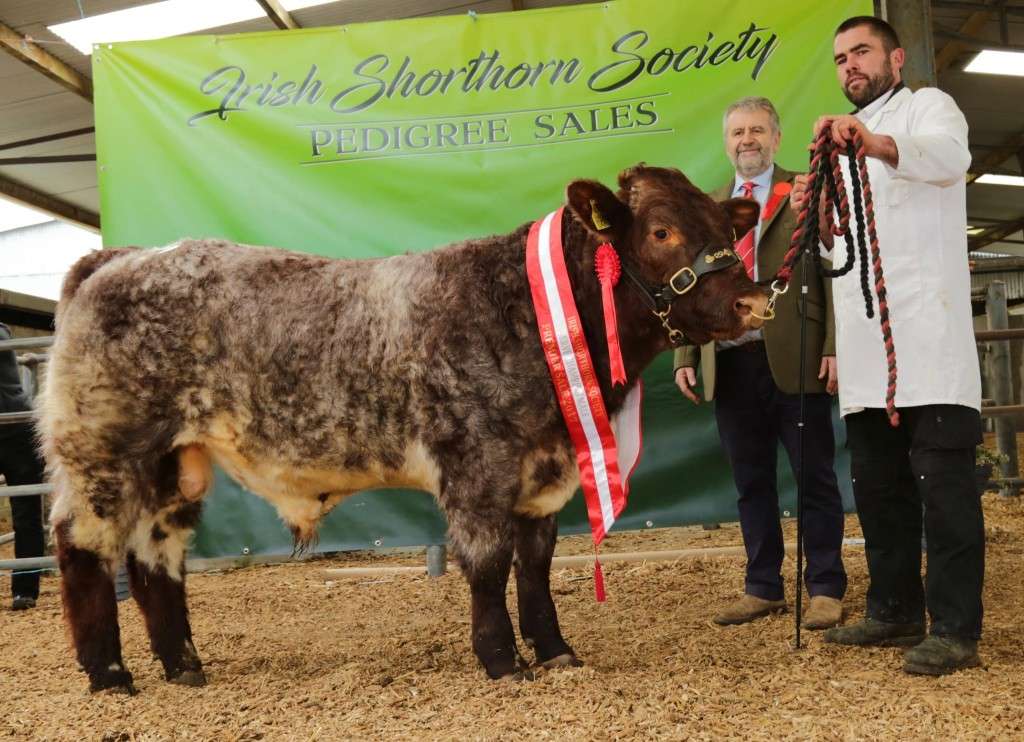 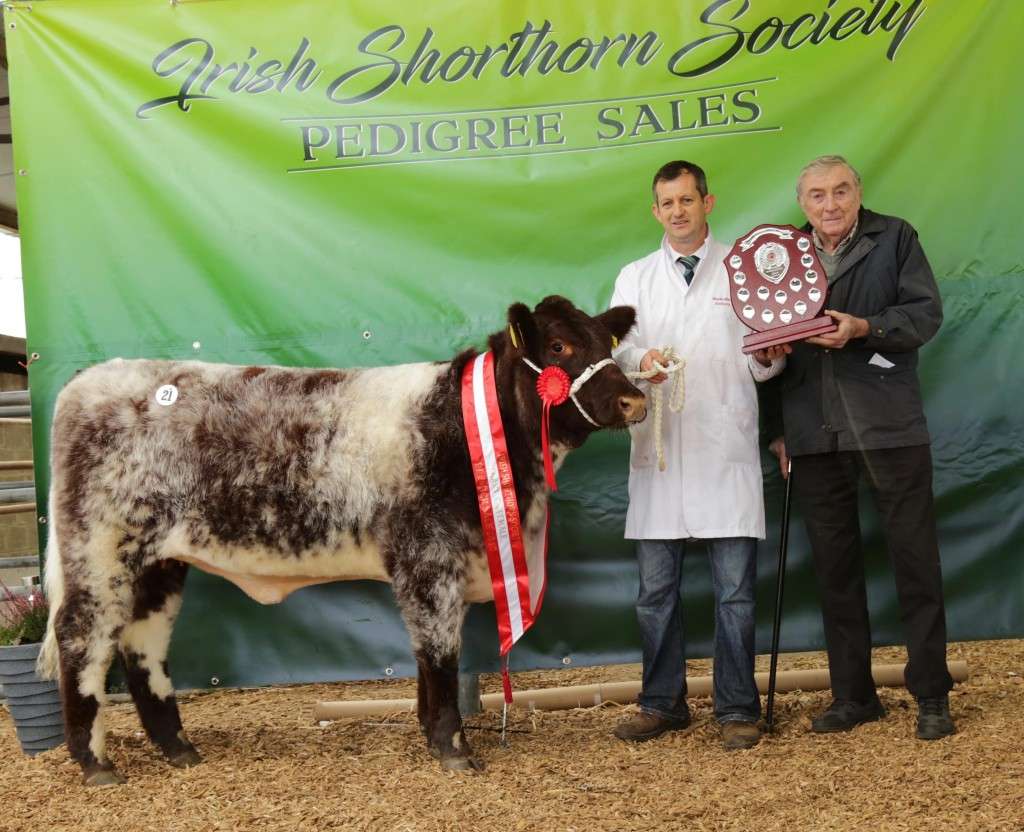 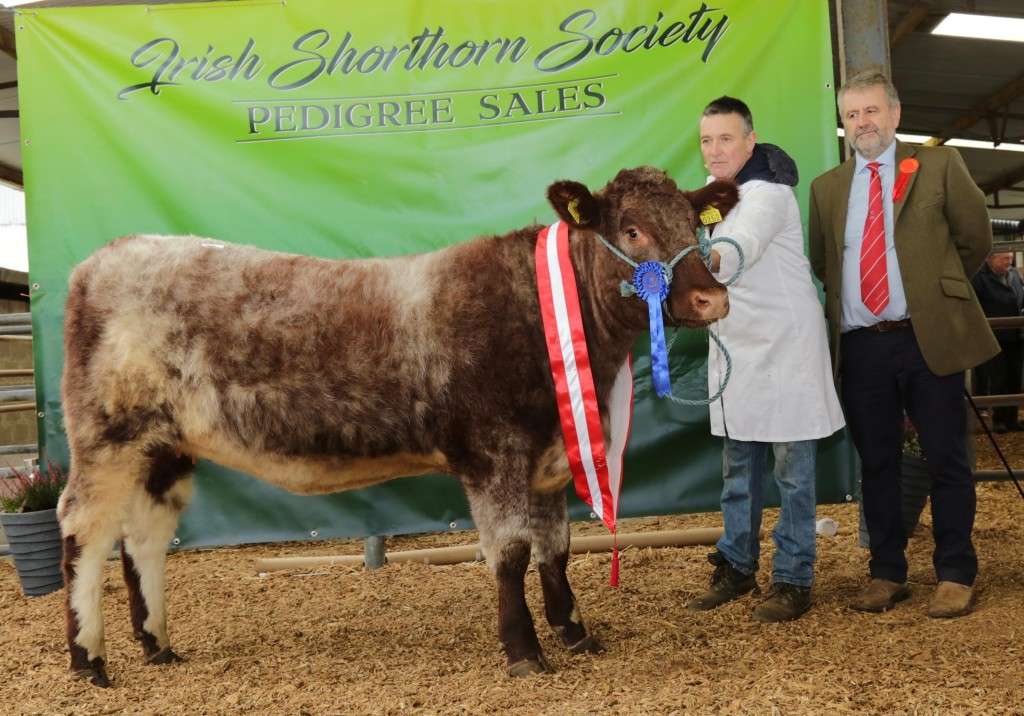 There was great excitement as the sale begun with bids taking off at a blistering pace. The top priced animal on the day was a maiden heifer bred by Martin Kelly -Ricketstown Milicent Kim. Kim was sold to Richard Henderson of the Croft Beef Shorthorn herd in Tyrone for 4600 euro. 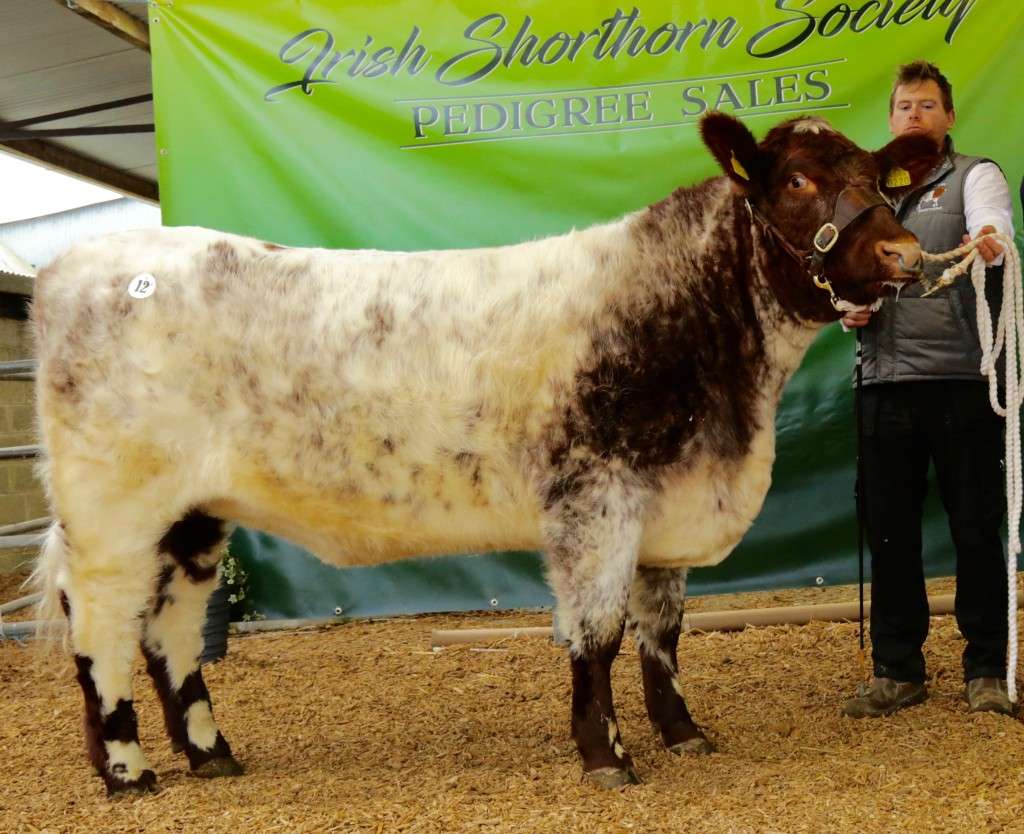 The Champion Female was purchased by James & Jerry Pye, Tullaghan, Co. Leitrim for 3500 euro with the Reserve Champion Female selling for 2850 euro to Raymond Wallace, Enniskillen, Co. Fermanagh. There was a 90% clearance of females with the average up 25% on 2016. The males where a more difficult trade with both the Champion and Reserve Champion remaining unsold. The top priced Male was the April 17 born Ballinlig Buddy a Creaga Java son bred by Terry & Amelda Middleton who sold for 1800 euro to another Northern Ireland breeder James McGrath from Tyrone. On the day 45% went for export. The Premier Sale 2018 has been fixed for Saturday November 10th 2018.