At the recent 2017 RDS Agricultural Awards both farmers from the Livestock and Forestry sectors were acknowledged. This was the first year that the Shorthorn breed participated in the event. In the Livestock Champion of Champion awards section the Shorthorn award winner was John Keane from Kilfenora, Co. Clare. His home bred heifer Bushypark Cherry 2nd had a tremendous year in 2016. She was awarded Champion at the National Show in Tullamore. She then went on to take the Senior Beef Shorthorn Championship at Limerick Show and also on the same day out she was awarded title of the All Ireland Beef Shorthorn Yearling Heifer 2016 and the icing on the cake that day was when she was awarded first place in the Multibreed High Replacement Index class. The award was presented by Tom Kirley Chariman of the RDS Agriculture and Rural Affairs committee and Minister Andrew Doyle. Photos by Paul Sherwood. Also some additional photos in the Gallery section under RDS Agricutural Awards 2017. 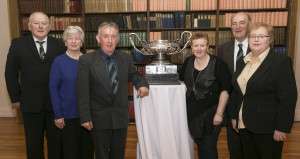 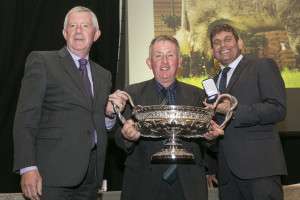