There were 13 bulls and 8 Heifers entered for the sale in Roscommon Mart. Proceedings got off to a very punctual start with the Judging completed by 11am leaving ample time for photos and a cup of tea. The Judge on the day was James Pye from North Leitrim.
The first classes to be judge were the female animals with Lismacool Crystal bred by Padraig Flanagan from Elphin taking the Championship. Crystal is a traditionally bred heifer out of Brickeens Smasher and a Kilkelly Major cow and the Reserve Champion Bethlehem Ruby was bred by Tom Fox, Glasson, Athlone. Ruby is a home bred heifer by Bethlehem Legacy out of a Kilfrush Jack 4th cow.
Next we were on to the bull classes. A very good display of bulls on the day with Padraig Flanagan pulling off the double with Lismacool Jethro scooping the Male Championship. Jethro is a Creaga Dice son out of a Kilkerrin Andy cow. The Reserve Champion went north to the Brady Family in Co. Cavan, breeders of the Grousehall Herd, with Grousehall Ted another Dice son out of a Kilfrush Vantage 2nd cow.
The Sale commenced at 12.15 with Bethlehem Ruby the top priced female on the day, selling to a Co. Meath breeder for 1920 euro. On the day the demand for females out striped supply, with 2 females going for export to Co. Fermanagh. The bulls were a tougher trade. The top priced bull Clashagad Typhoon Ban sold for 2150 euro to a Co. Westmeath breeder. 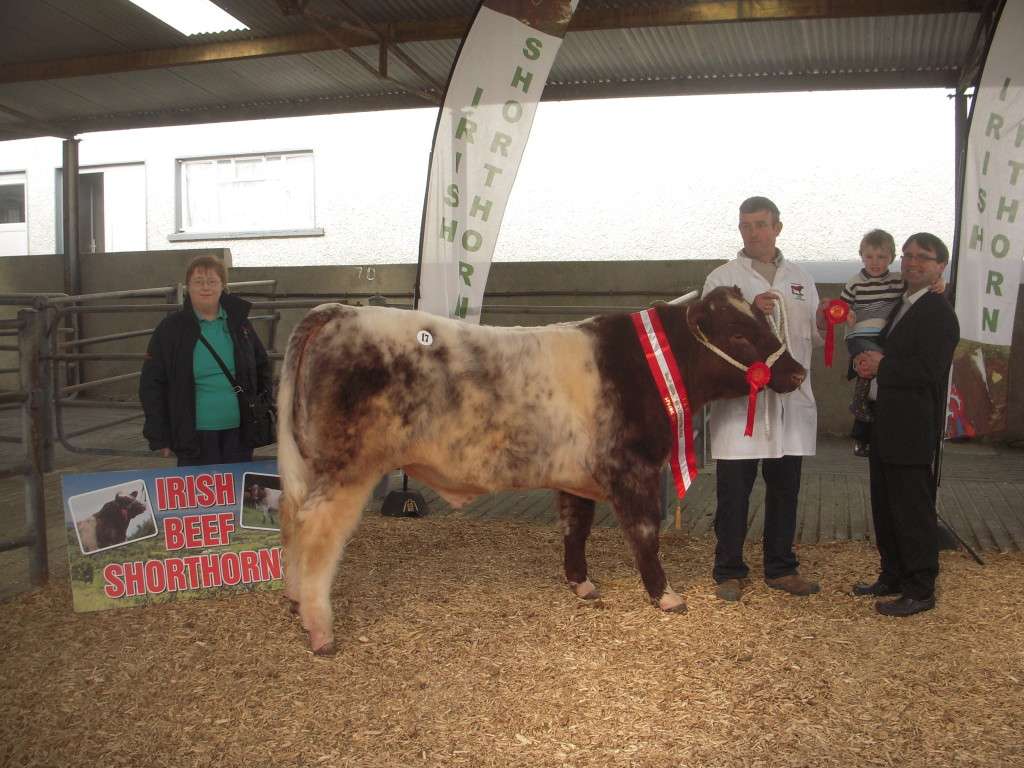 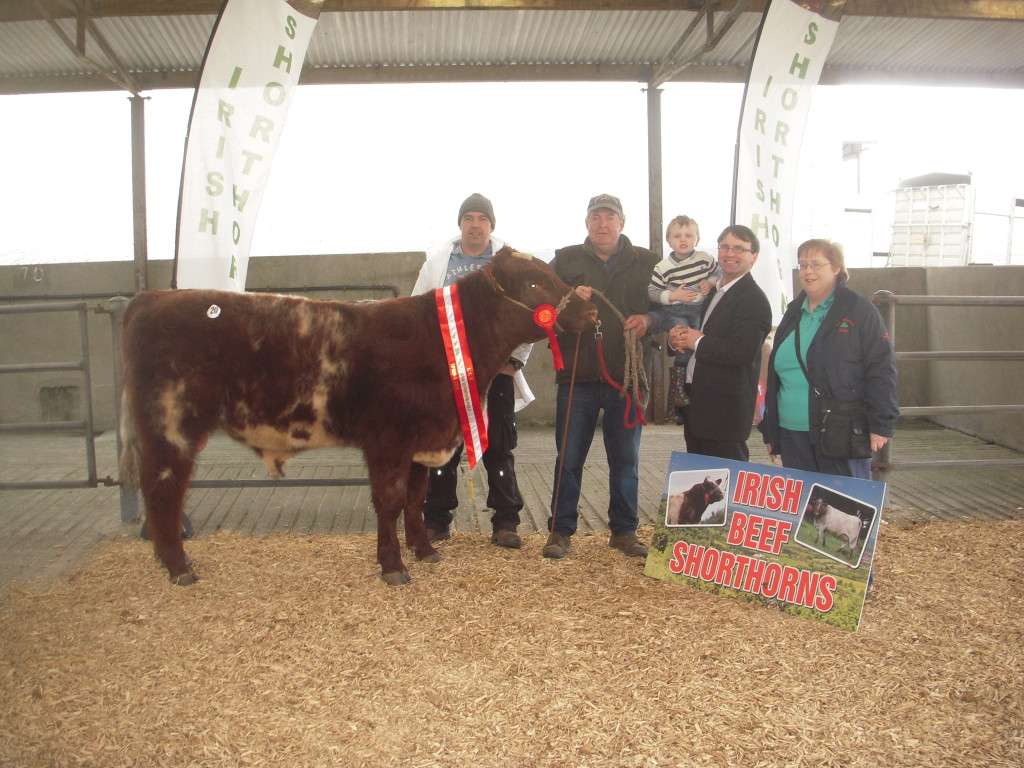 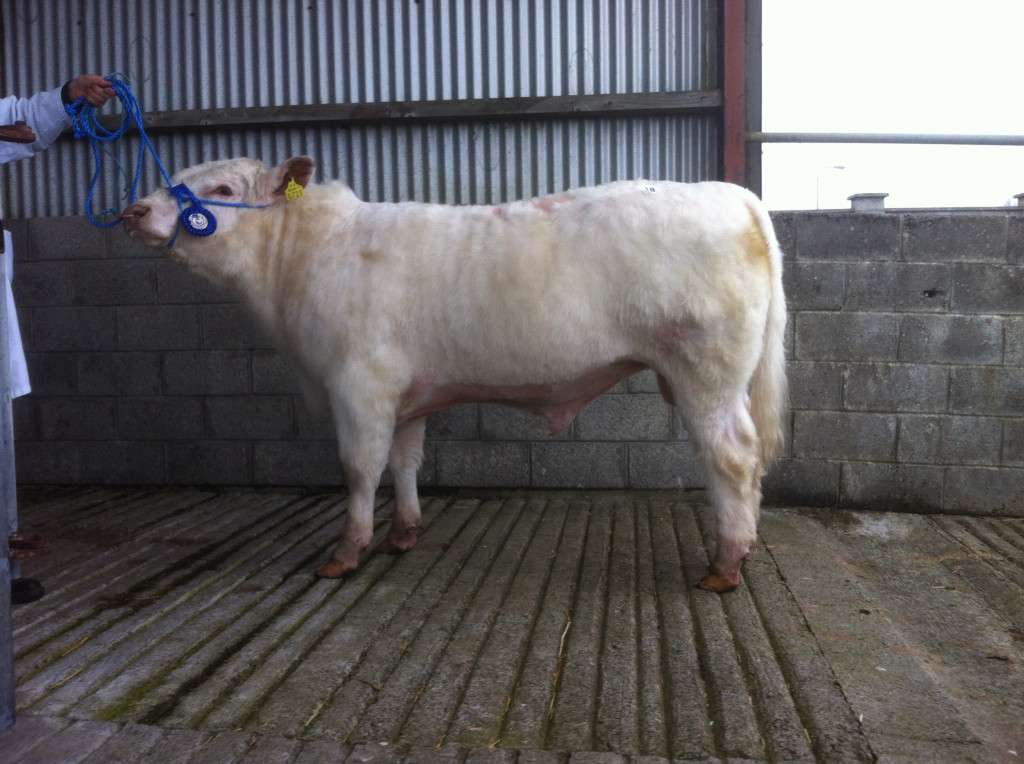 Clashagad Tyhpoon Ban the top priced animal on the day selling for 2150 euro. 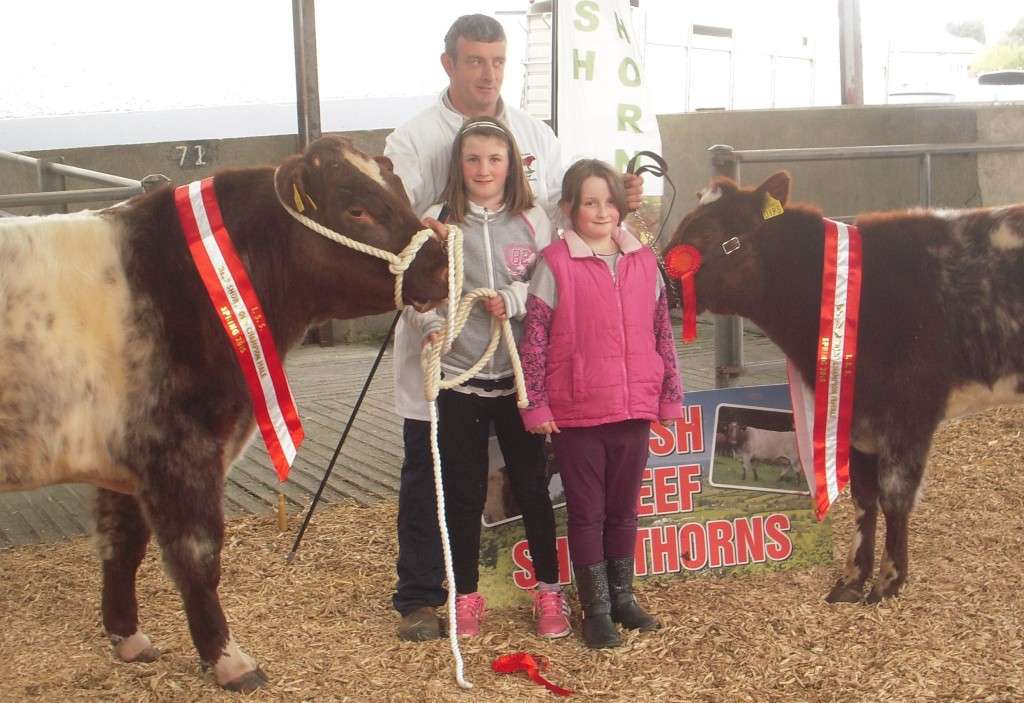 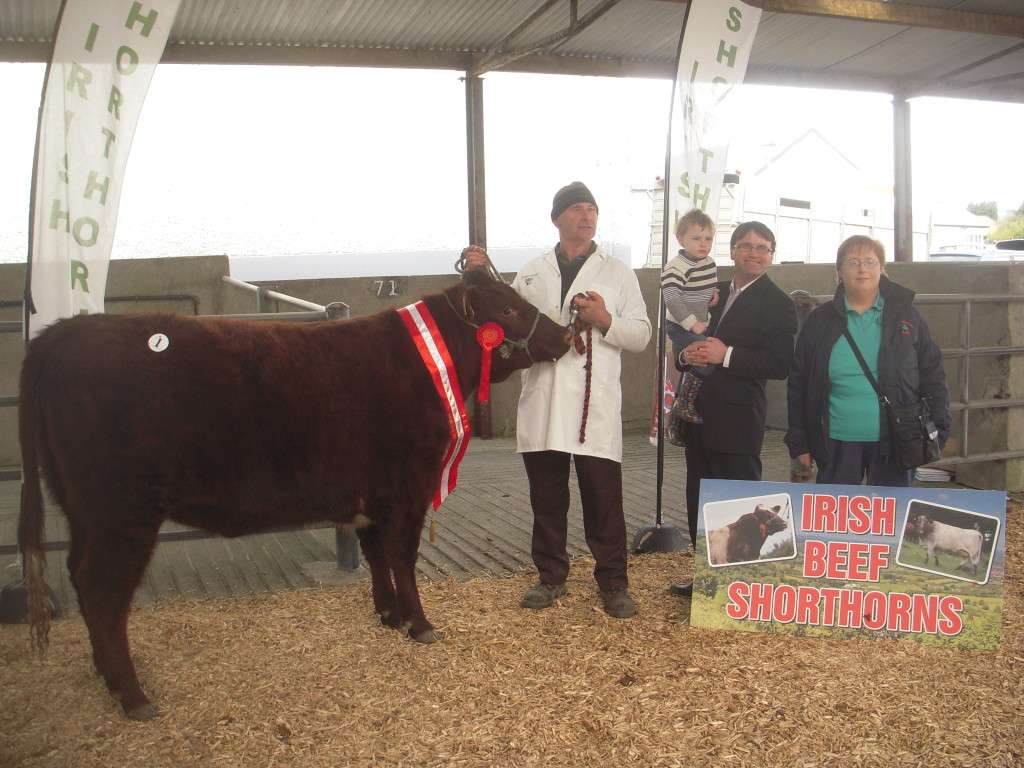