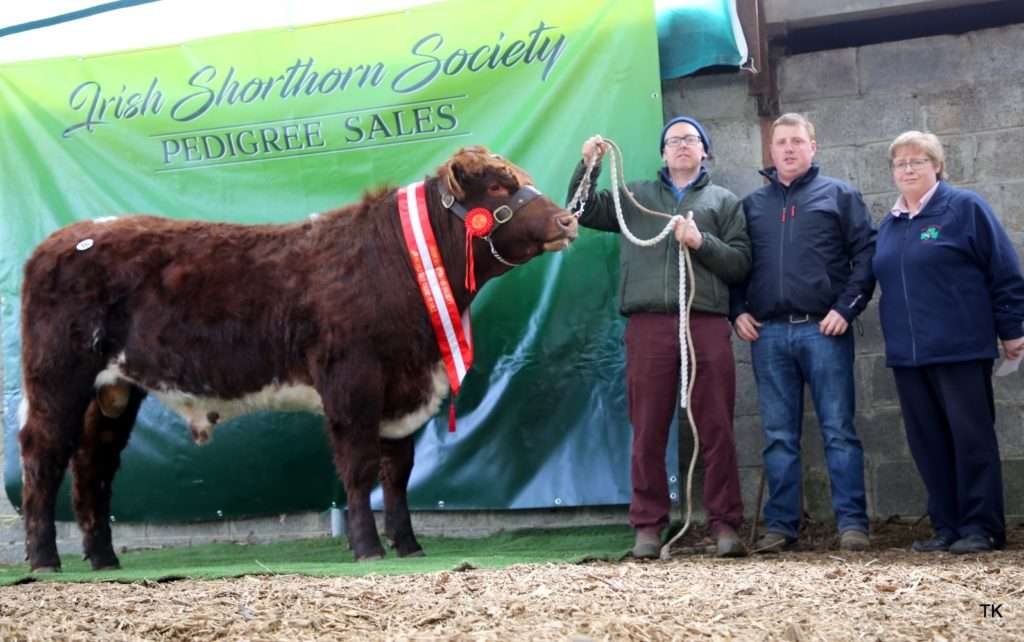 The Society hosted a Spring Sale in Roscommon Mart on Saturday April 13th. A clearance rate of 60% was achieved on a the day. The Champion Female Rockville Lucy 425 bred by Anthony Dockery, Co. Roscommon a Bushypark Ultra daughter out of a Dovea Leader 2nd cow Gavan Lucy sold for a top price of 3000 euro. The Reserve Champion Female Ardnaskea Dreamer bred by Pat Hehir Co. Clare. Dreamer is a Coolvin Dominator daughter out of a Glenisla Explorer cow Ardnaskea Angel 4th sold for 2100 euro to a new breeder from Co. Cavan as a foundation female for his new herd. The next best price was for Bethlehem Patch 3rd bred by Tom Fox, Co. Westmeath. Patch 3rd was homebred ob both sides sired by Bethlehem Breeze out of Bethlehem Patricia.

The overall Male Champion on the day was Moygara Lord bred by Michael McKeon, Co. Sligo. Lord carried 5 stars on a number of traits and has a calving ease of 3.9%. He remained unsold on the day as he did not reach his reserve. The Reserve Champion Male Lismacool Cracker 273 bred by Padraig Flanagan, Co. Roscommon. Cracker 273 was a Brickeens Smasher son out of a homebred cow Lismacool Jenny was sold for 1700 euro.
The averages for both males and females were back on 2018 and 15% went for export. 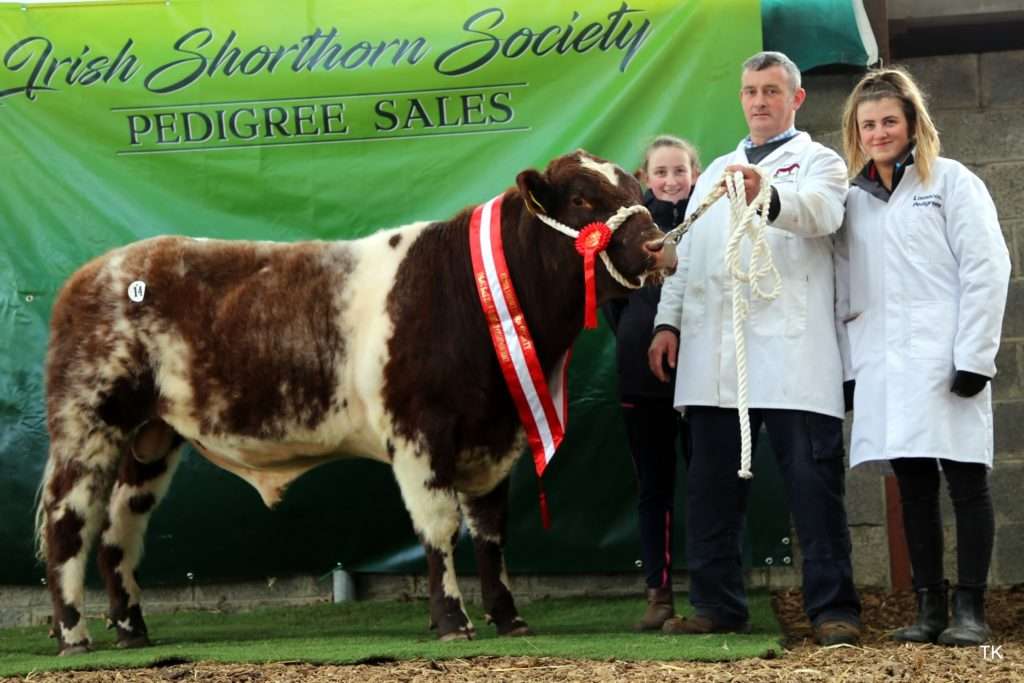 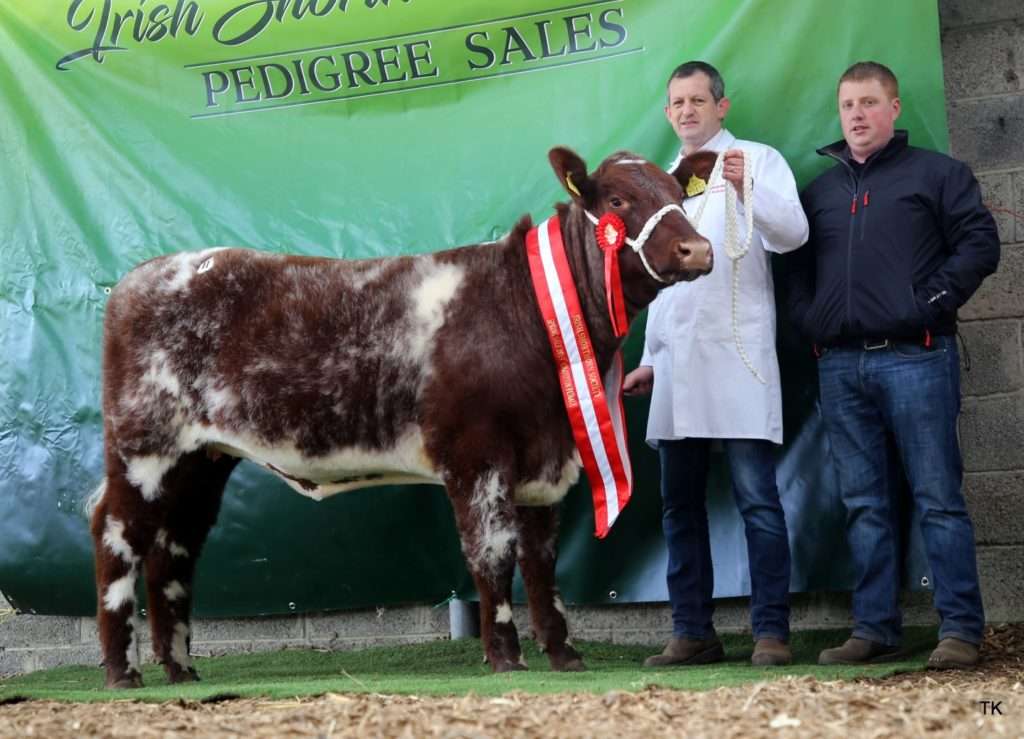 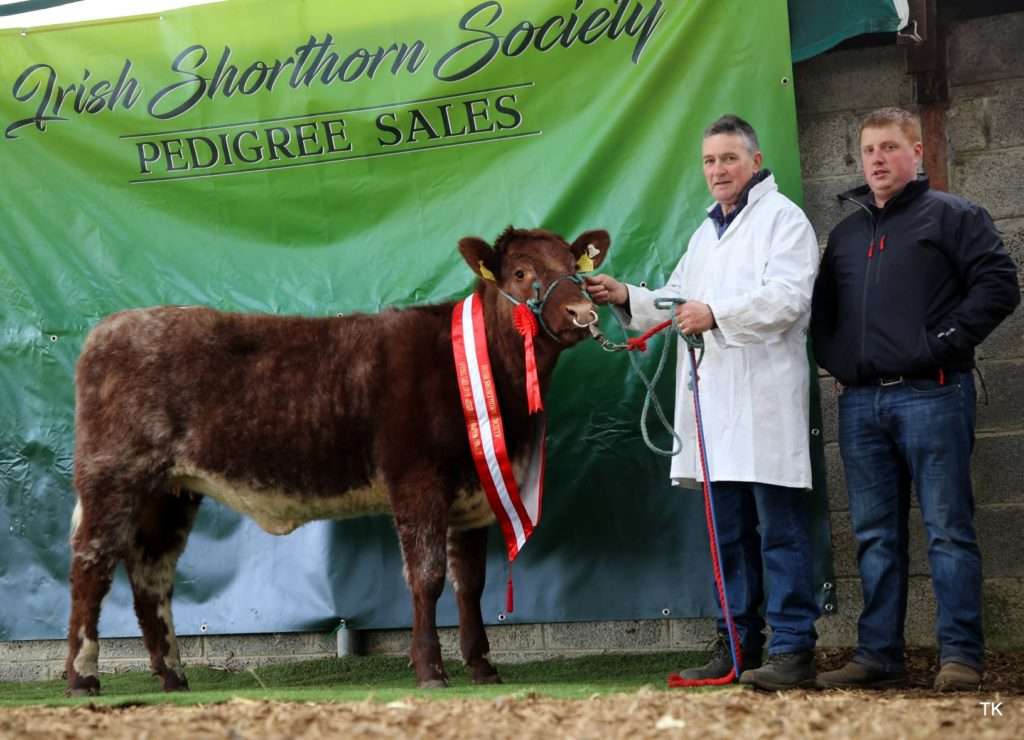