This year the Irish Shorthorn Society was delighted to nominate Canon Michael Spelman from Ballyhaunis, Co. Mayo for the Shorthorn Hall of Fame award 2019 for his commitment and dedication to the breed over three decades. Canon Spelman established his Woodfield Shorthorn herd in 1987 with the purchase of foundation females from two local herds. The Lurgan herd of Tom Johnston and the Logboy herd of John Godfrey in Claremorris. Some of the best cow families from those early acquisitions were the Molly, Daffodil, Tonia and Gemma lines. Over the years he always selected the best genetics available and endeavoured to breed top quality Shorthorns with many making their way into the Show rings when purchased.

Canon Michael was also a founding member of the local Moyside Shorthorn Breeders Club which was formed in July 2004. He played an active part at meetings and annual sales and events and outings. He very kindly sponsored a perpetual Trophy which is still in use at the annual Club sale every October.

Canon Michael is a great conversationalist and also more than willing to impart his knowledge of the Shorthorn breed to both young and old alike.
The awards on the night were presented by Minister of State Kevin Boxer Moran T.D. 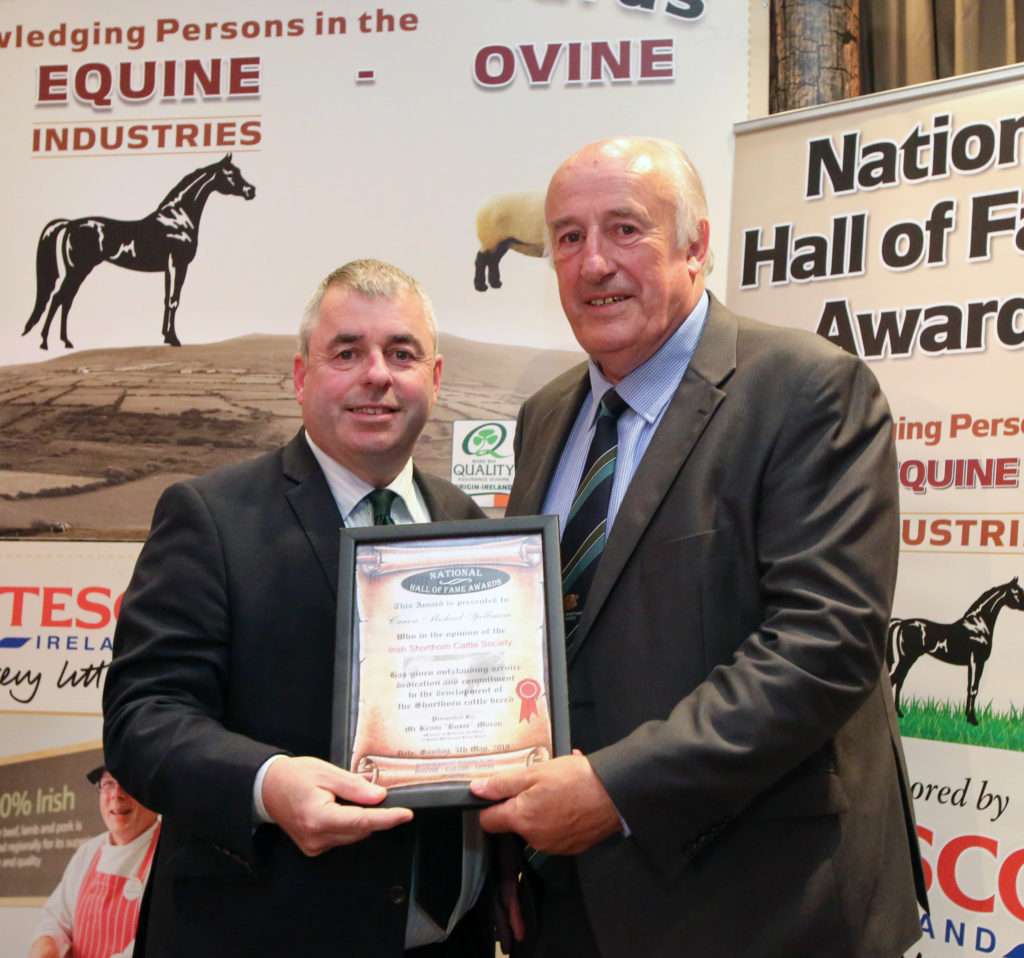 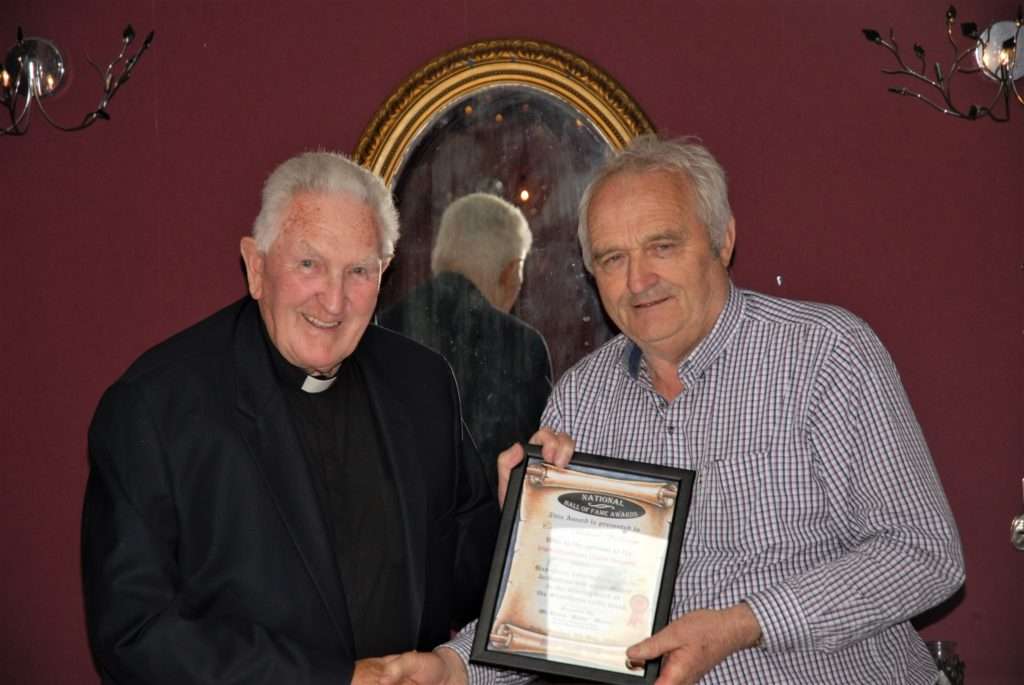 President Phil Sheedy presenting the award to Canon Michael at a recent special gathering to mark this wonderful achievement. 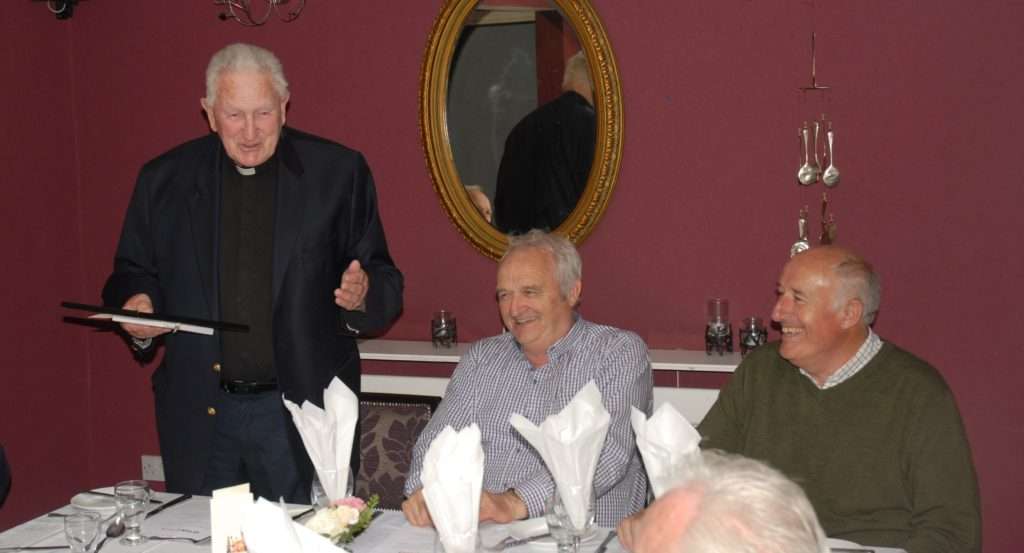