On Sunday the 13th of July the walled garden of Mullingar Agricultural Show attracted a large crowd, in particular the Supreme Champion Cow class. This was the first time a class of its kind was held and proved to be of great interest judging by the number of spectators on the ring side.

The class saw each first placed cow from across all pedigree and commercial classes enter the competition for the Genesis Supreme Champion Cow. As lengthy discussions took place between the

judging team the six breed judges on the day had the tough task of deciding upon a worthy winner. On what was later noted as a unanimous decision the Shorthorn Cow was selected and crowed the Genesis Supreme Champion Cow. Creaga Gipsy and her January bull calf bred By Noel Dowd Creggs Co Galway. This is not the first time she has come out on top. Last year Creaga Gipsy qualified and Won the Pedigree All Ireland Suckler Type Heifer. 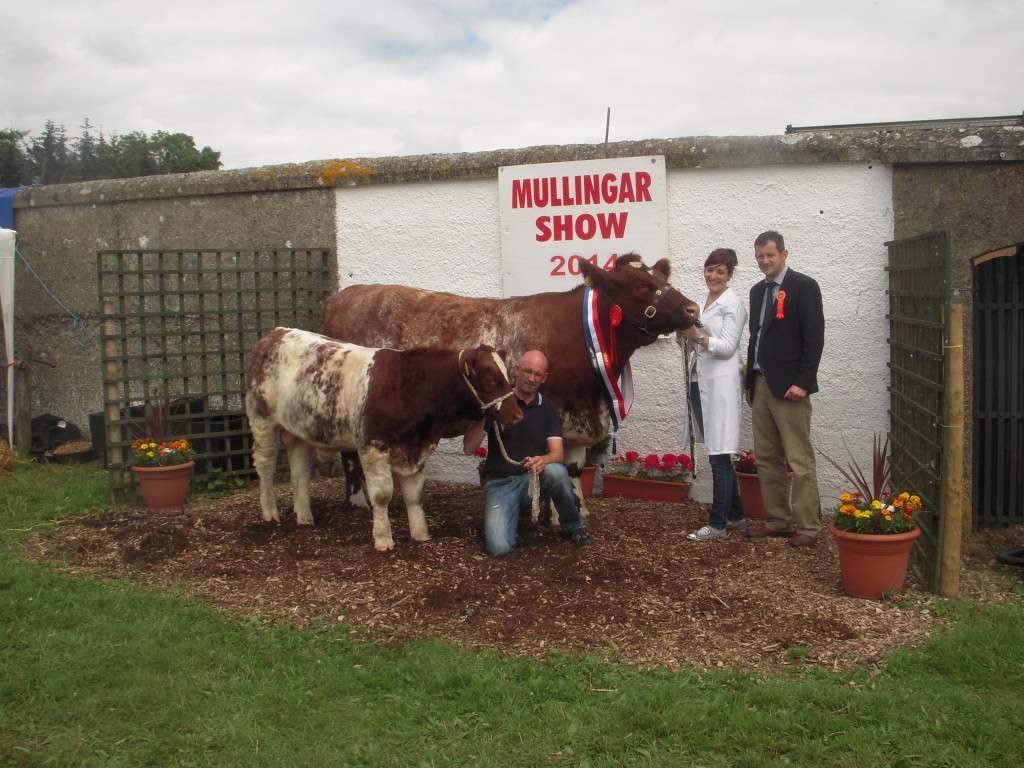 It’s not often you see the all-round Traditional breed coming out on top against the big power house continental and commercial breeds. The win is a testament to the Maternal and Suckler traits of the Shorthorn bred.

Congratulation to Noel and his family for his continued success and contribution to the breed.