A sale of Milking Shorthorns was held in Kilkenny Mart on April 14th milking animals available on the day with the majority freshly calved cows and heifers. The top priced cow on the day was Ransboro Eva 2nd bred by Glenn Carter, Roscrea, Co. Tipperary selling for €1600 to a Cavan breeder also Ballytrain Rose 91st Monaghan sold for €1500 to a breeder from Cavan also. There were a number of maiden heifers on offer on the day with the top heifer Venus Juliana 990 bred by Michael Purcell, Thurles, Co. Tipperary selling for €900. The 2014 born heifer calves were a flying trade with the top priced calf Milkhill Waterloo Rose bred by Roger McCarthy, Cappagh, Co. Waterford selling for €570.00. 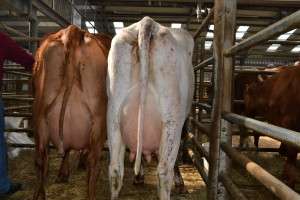 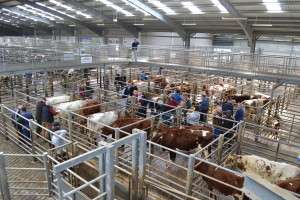 The bulls were a tougher trade with a senior bull Whitefalls King Henry owned by James & Mona Concannon, Claregalway, Co. Galway selling for €1300. There was a 60% clearance on the day. There was a fine display of bred by James Lambe, Castleblaney, Co.